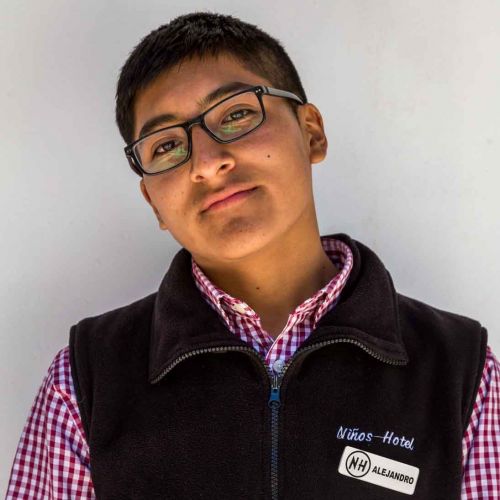 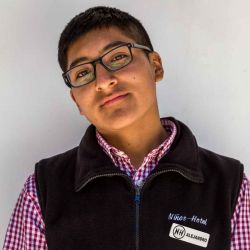 Originally from the village of Pitumarca, Alejandro was 8 years old when he became part of Niños Unidos Peruanos Foundation. He arrived in Cusco with his mother and sister after fleeing a violent family environment:

“I first entered the Qoripata Project, where I found the affection and respect I needed with very good tutors. During the years I spent in primary and secondary school, I would go to San Borja high school in the morning and to the foundation in the afternoon. There, I received food and support. My mother, who is illiterate, also found a job at the foundation, where she now works as a cook, preparing 200 meals a day. My younger sister is also part of the foundation.

I have few opportunities to go back to my native village. My mother encouraged me to sign up for English classes a few years ago, and after I graduated from high school, I started to work for Niños Hotel. First I was employed at the restaurant, and then at the reception of the hotel in Fierro Street. Next year I’ll begin to study tourism at the university. For me, the foundation is the place where I received the affection and respect I needed.” 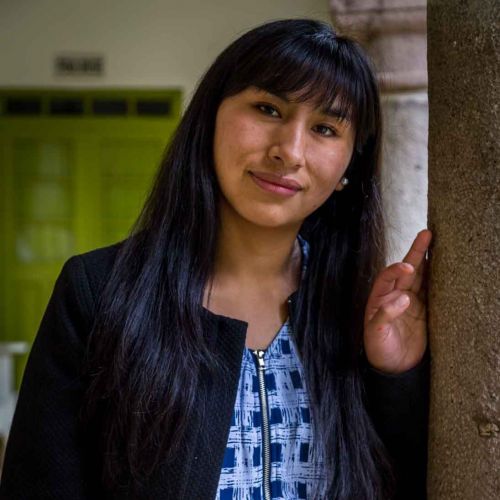 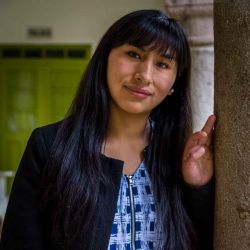 Naidet was 10 when she arrived in Cusco to study with her older sister while their parents remained in their village to work as farmers: “I joined the Ninos Unidos Peruanos Foundation when I was 11, in 2000. I enjoyed it a lot: I would go there after school to have lunch and then do sports or artistic activities. After a few months, Jolanda offered my sister and me to be under her guardianship and to go and live with a couple of Cusquenians in the house of the foundation in the Qoripata neighborhood with 7 other children. In the beginning, my biological parents were distrustful because they couldn’t understand why Jolanda would help us without asking for anything in return. But they finally accepted, and Vicente and Julia became our second family. They took care of us as if we were their own children. I often remember that period of my life with a lot of nostalgia because I think it was the best time of my life. I lived in Qoripata until I graduated from high school, and then I studied Administration at University. I started to work for Niños Hotel in 2010, first in housekeeping, but I quickly became a waitress at the restaurant, then a receptionist. I have been an assistant administrator for two years now. I really love my job, and I’m very grateful to Jolanda and her ex-husband Tittus for having done all this for us. They gave me food, a place to stay and the opportunity to study, asking for nothing in return.