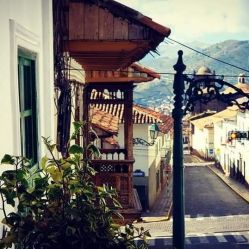 Niños Hotel was born in 1998, two years after Jolanda van den Berg, originally from the Netherlands, had settled in Cusco, with the goal of helping the many children of the city. After a few months, she had become the adoptive mother of twelve children, thanks to the support of her family and friends. She then started to research a sustainable way to provide a steady income to her new family and to dozens of other children. That’s why she opened Niños Hotel, in Meloc Street, with the support of her sponsors. The hotel became an overnight success. In 2000, the hotel was doing well enough that she was able to open her first restaurant (Jolanda prefers this term to “canteen”) for the children in Cusco who came to her, in Fierro Street, one block from the hotel. Two years later, a second restaurant and hotel were opened, also in Fierro Street. In 2004, two new restaurants were created, and in 2007, Jolanda decided to extend the project to the village of Huasao, 20 kilometers from Cusco. The Hacienda Hotel was born with the aim of funding a childcare institution where children can receive a hot meal and enjoy themselves in a pleasant and safe environment.

By choosing Niños Hotel for your accommodation in Cusco, you support the Niños Unidos Peruanos Foundation, as your support helps provide, for 600 children of Cusco and in other villages, one to two healthy meals a day, medical and dental care, homework support, and a pleasant, caring environment in which not only to fulfill basic needs such as a shower, but a place to express their creativity. 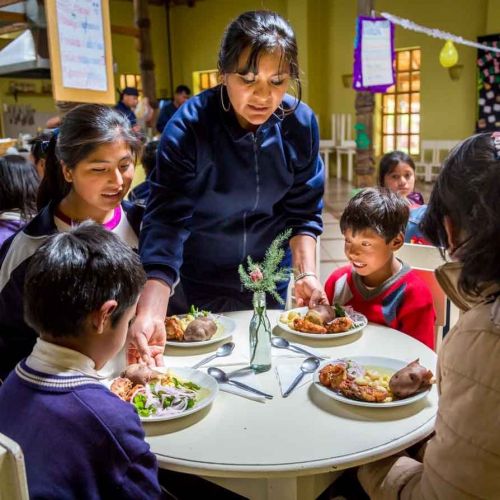 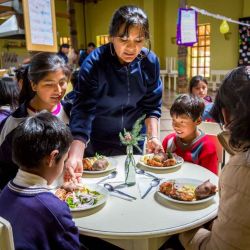 The Niños Unidos Peruanos Foundation was born with the aim of helping the hundreds of children in need of Cusco aged 6 to 18: working children, neglected children, children who find themselves isolated for economic and social reasons. In 1998 Jolanda van den Berg decided to settle in the ancient Inca capital with the aim of improving these children’s lives. Adoptive mother of 12, she rapidly created a foundation that survives today thanks to the income of two hotels and several recurring or one-time sponsors from across the globe. The foundation has 5 only-for-children restaurants dotted across Cusco and the surrounding area, where 600 meals are prepared and provided every day.

Among its objectives, the foundation engages to help children to recover self-confidence by giving them solace, support and love. That’s why children are invited not only to enjoy a meal, a hot shower and to receive medical and dental care, but they can relax and enjoy their childhood, as the foundation provides a space in which they can hone their artistic and athletic abilities, read a book in the library, or watch a film in the private cinema of the Fierro Street location…

Free tours of the foundation are available on a daily basis, leaving from the two hotels at 5 pm after the children leave the building to respect and protect their privacy. Just register in advance at the reception desk!

If you would like to make a donation, you can bring in any of the following items: clothing, shoes, underwear (small sizes), school supplies, toys (for both girls and boys), board games, hair accessories, toothbrushes, backpacks, books in Spanish, sports equipment (trainers, shorts, tracksuits). If you don’t have much space in your luggage, you can also purchase those products on the spot: local saleswomen will appreciate you!

To learn more about the Niños Unidos Peruanos Foundation.

To make a one-time, monthly or annual donation. 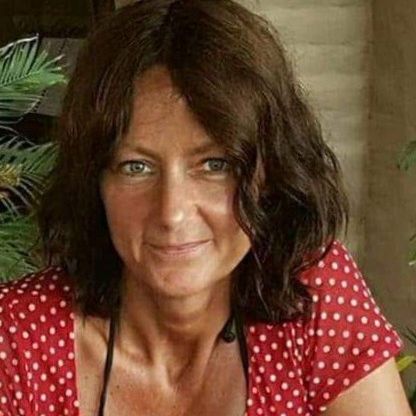 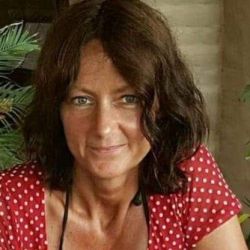 Jolanda, founder of Niños Hotel : "we are eachother, no victims no heroes"...

Back in 1995, when Jolanda van den Berg was 30 years old, she went on vacation to Peru. While visiting Cusco, the ancient Inca Capital, she was shocked by the difficult circumstances in which many children had to live, such as primitive hovels, often without a father, or if the father was there, he often had an alcohol addiction. Often, the mother was not able to provide the care and support the children needed, so many young children were left to care for themselves.

Jolanda noticed young children roaming the streets all day long in order to find a way to feed themselves. Many faced domestic violence and were not given any practical tools to meet everyday challenges.

When Jolanda returned home to the Netherlands, she could not erase the images of the suffering children her mind had absorbed.

Six months later, she left the safety and security of her family and home in the Netherlands, and moved to Cusco, without any money, and without speaking a word of Spanish.

In her heart she had one deep knowing; that she would help at least one child. Her conviction was firm. The love that shaped this journey would not let Jolanda's care be unreceived.

At first, Jolanda adopted twelve boys from the street to care of them as their own mother. The youth court magistrate gave her parental control until their eighteenth birthday, so they could be a family.

Twenty years later, Jolanda and her foundation have provided practical aide for thousands of children. But most importantly, Jolanda and the caring, committed workers of the foundation, have deeply touched the hearts of these children in a way that reveals the transforming power of love. 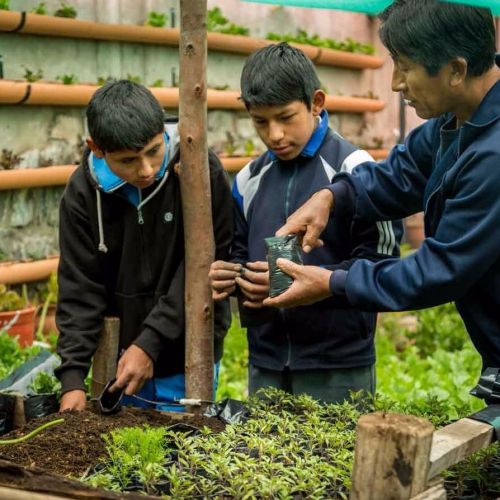 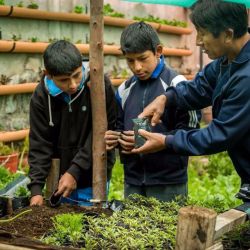 Since we care about the protection of our planet, we are part of TripAdvisor’s Greenleader program. To that end, we ask you to help us during your stay by joining us in the following eco-steps:

* in the patios, you will find an area for recycling – please use it!

* help us reduce water usage by re-using linens and towels

For our part, we guarantee that:

* we only use 75% energy-efficient light bulbs

* our organic waste is sent to the compost program of the Niños Unidos Peruanos Foundation, used to nourish our organic garden, where we grow vegetables and aromatic herbs for use in our restaurants 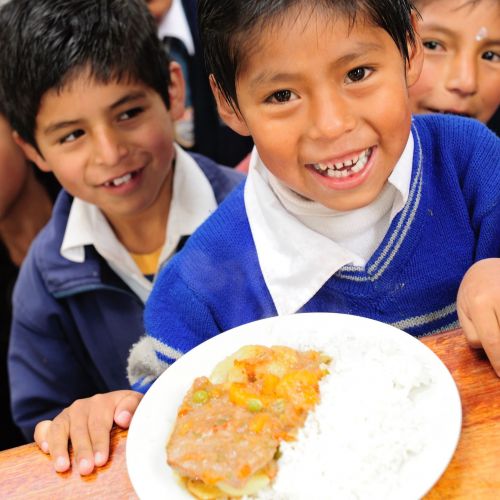 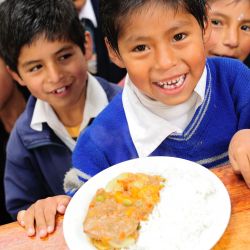 Thousands of children have been part of Niños Unidos Peruanos Foundation since its creation. Some of them are now part of the team of Niños Hotel. Here is their story...
Read more